This is probably the busiest time of year on the farm with the seeding almost finished and the weeds now coming on strong, so instead of writing a detailed update here are a few photos of what's new! 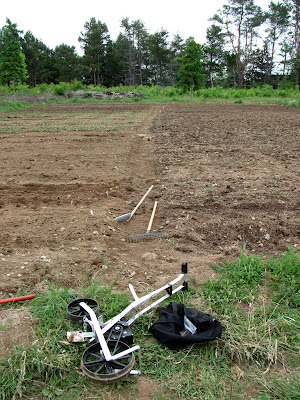 -One of the new seed gardens. 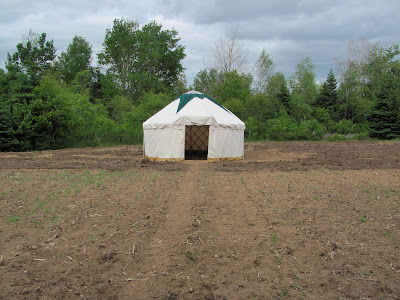 -The new yurt! I moved in for the summer a few weeks ago, I'll post a more detailed write-up when I get the time... 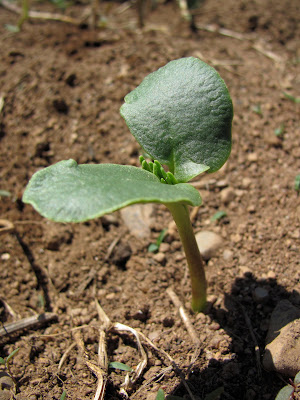 -A tarwi sprout. This is a very exciting new crop for me, tarwi is an edible annual lupin with huge white seeds as big as beans. It's an ancient crop from the Incans that is nearly lost in modern cultivation, if it does well I hope to have seeds in a year or two. 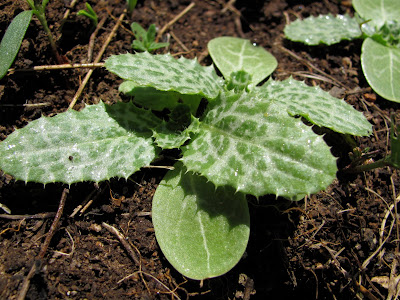 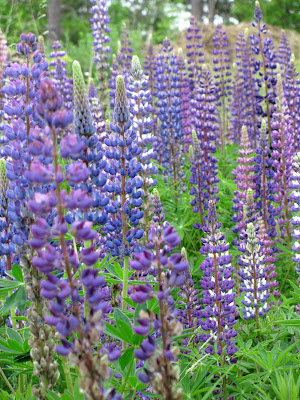 -As I write this the lupins are at their absolute peak bloom, the meadows are just filled with their heady fragrance on warm, still mornings. 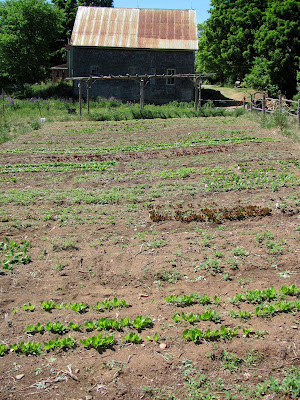 -Lots of different greens destined for seed in the 2011 catalogue. The greens where so popular last year I'm really expanding in that direction, I have 35 lettuces alone planned for next year.
Posted by Owen Bridge at 3:32 PM