Welcome to the farm Sally

We had quite a bit of excitement on Tuesday evening as Bessie gave birth to a beautiful female calf, Sally. Bessie was out in the pasture when she started going into labour but in a stroke of luck it had just started to rain and I had gone out to bring her in anyway. Sally (named on Colin's insistance) was born in the barn at 8:15 that evening. She was up and walking after four hours and she started nursing sometime later that night after we had gone to bed.

Today I took the two of them out for the first time where I took these photos. 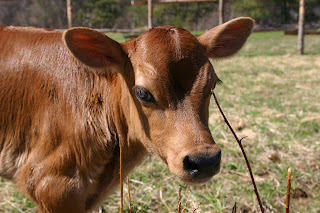 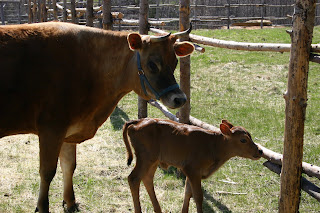 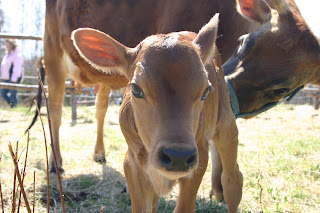